What is Twice-Exceptional (2e)?

The term twice-exceptional (2e), where to begin?

I wanted to write a blog post to help parents and families understand what the gifted field means by twice-exceptional, or “2e”. There is a lot of confusion out there. Even within the field of giftedness and among colleagues in the field of education, the language we use to communicate about this particular group of gifted children is a little fuzzy. I’m hopeful this blog post will provide some clarification and guidance for parents who are currently struggling and trying to understand how to best support the unique needs of their twice-exceptional children.

This blog post is for all of those parents and everyone in between. In fact, if you are a clinician, a researcher in the field of giftedness, or someone who is dedicated to supporting the needs of gifted or 2e children, please keep reading. I’d love to hear your thoughts. I value your feedback, and I love engaging in these conversations. What does the term twice-exceptional mean to you?

Full disclosure: This post may leave you with more questions than answers. But I think that’s okay. We need to be okay with admitting that we don’t know it all. We don’t have all the answers. The beauty is in the process of asking the questions and engaging our problem-solving skills to come up with an answer.

Tommy, a 7-year-old, is a voracious reader. He has a rich language and vocabulary and can debate and argue with adults about complex topics and deep questions, such as the meaning of life or the massive extinction of various species. While his intellectual skills are exceptionally advanced for his age, his social-emotional skills are significantly delayed. He has significant difficulty regulating his emotions and has low frustration tolerance. When he is upset, he acts like a 3-year-old child.

For twice-exceptional children, their asynchronous development is very evident and the discrepancies are very pronounced. They show many peaks and valleys in their profile of abilities. 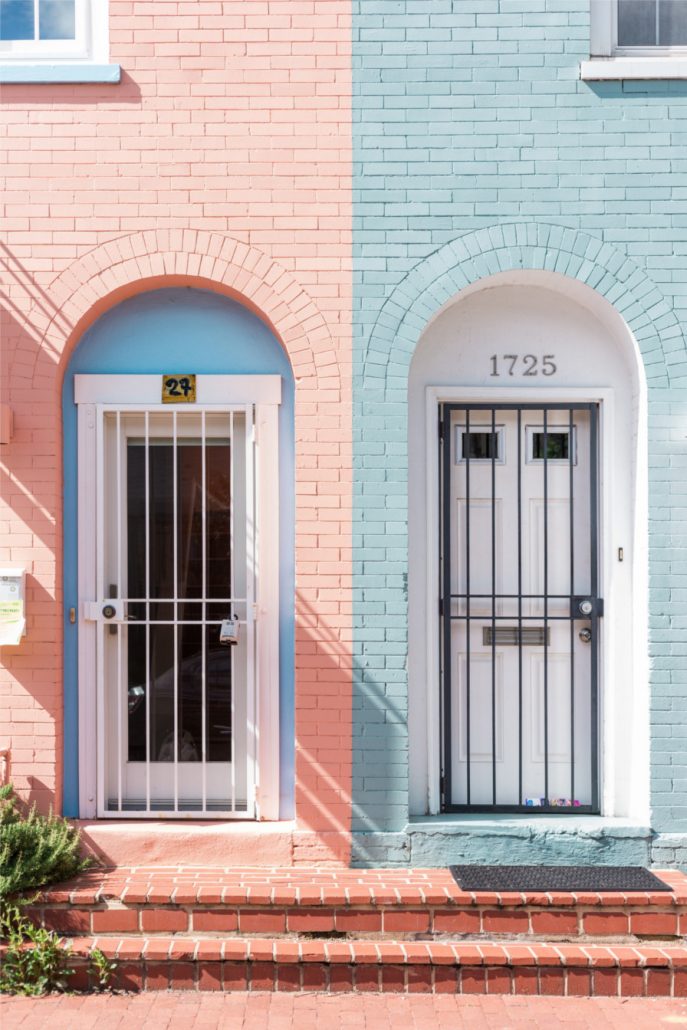 Although it may appear the term twice-exceptional is fairly new, it has been around for decades. There is some conflicting information about who first coined the term, but let’s not get into the history.

For now, let’s examine these words: gifted, twice-exceptional, and disability. These words are just labels. While they may not be the most appropriate labels to describe each of these groups of children, this is the language we currently use in order to communicate with others within and outside of the field.

Consistency is important. There are terms like neurodivergent, neuroatypical, or neurodiverse, which are also used to refer to twice-exceptional children. So far, among families of gifted children and other professionals in the field of giftedness, twice-exceptional appears to be the main term being used to describe this group of children. However, within the public education system, there is little to no recognition of the existence of these children or their diverse needs. Ironically, this is where most of these children are found. Some educators use the term “gifted/LD”, which is highly inappropriate given that not every twice-exceptional child has a learning disability.

If we want others outside of the field to begin to understand the diverse needs of 2e children, it is essential to be on the same page as a community with regard to the language we use. This way we can educate others, raise awareness, and share knowledge and information about best practices and strategies to meet their needs.

An operational definition can inform best practices, research, and strategies. The National Twice-Exceptional Community of Practice (2eCoP) recently offered an operational definition that we can use. It will probably be revised and evolve with time and research in the field but, for now, it seems like a good starting point. Let’s take a look at their definition:

In the first group are those children with exceptional abilities who are really good at compensating for their weaknesses. Many children in this group struggle internally and emotionally when trying to keep up with all the demands. They may have trouble understanding why they have so much difficulty in some areas when they are so bright in others. They may not like to ask for help because they don’t want to show any kind of weakness. Typically, their difficulties become more evident during middle school and high school, when the increase in demands and expectations render them unable to continue hiding their learning differences.

In the second group are those gifted children whose weaknesses are more pronounced and obvious than their strengths. Some children in this group may never be identified as gifted. A great example of this is the first grader I described in my previous post about public education in the U.S. His behavior challenges and significant writing difficulties masked his exceptional abilities. His IQ score was an underestimation of his true intellectual abilities because his short attention span, limited short-term memory, and weak verbal comprehension skills pulled down his overall IQ score.

For children in this group, an IQ test would almost always be an underestimate of their true learning potential. As such, they almost never meet the criteria for gifted programming. In reality, gifted programming may not even be in the parents’ mind. Managing the child’s behaviors, particularly within the school setting, is usually their main concern.

These children often feel bored out of their minds within a regular classroom. The repetitiveness of the material they have already mastered pushes them to seek stimulation elsewhere and do their own thing. They often stop following the teacher’s rules and directions. This is the kindergartener who can’t stay in his seat or the third grader who refuses to participate and simply tunes out.

Based on my experience within the public education system, I would estimate there are thousands of unidentified gifted children who are unaware of their exceptional abilities because the focus is often on their weaknesses. As a result, these children are at a higher risk of experiencing intense feelings of self-doubt, low self-esteem, and low academic self-concept. They are often very aware of their difficulties. Because they have to work harder than their peers to produce the same results in some areas, they tend to feel they are not enough, no matter how hard they try. 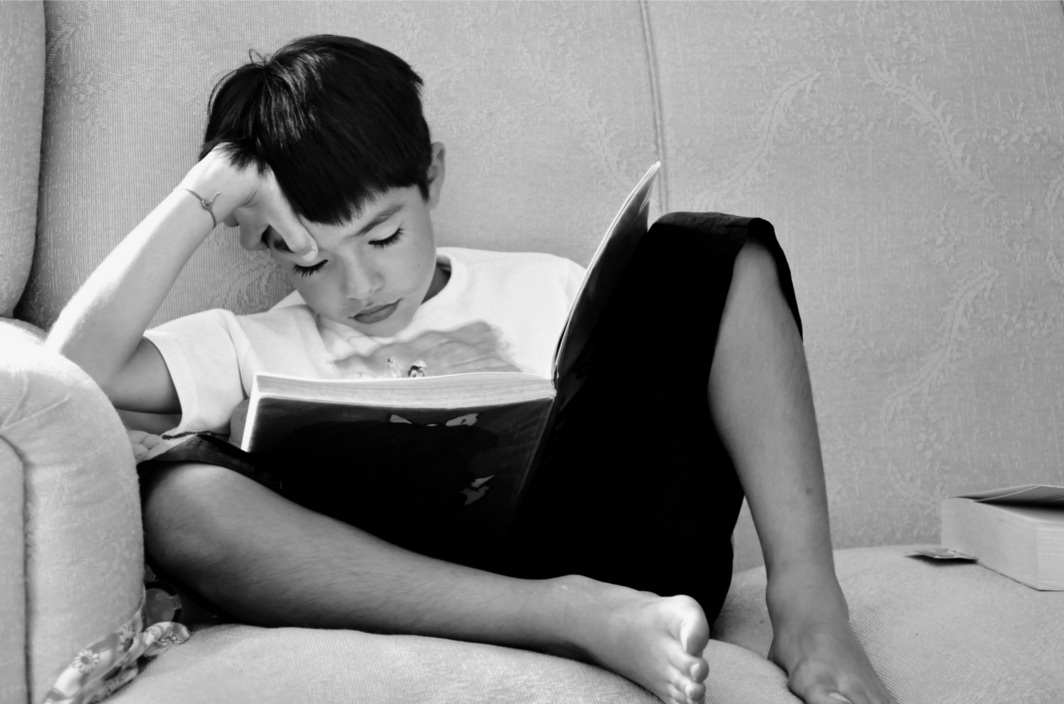 In the last group are those gifted children whose exceptional abilities and significant difficulties mask each other. Like children in the second group, these children may never be identified because neither their challenges nor their strengths are evident. These are the children who tend to fall through the cracks and do not receive any special programming, enrichment, or interventions.

For each of these groups, the increasing academic and extracurricular demands of middle school and high school can make these children mentally and emotionally overwhelmed, oftentimes resulting in additional behavior and social-emotional difficulties.

If you suspect your child is twice-exceptional, keep your mind and eyes open. You are the expert on your child. Don’t let others eliminate the possibility of twice-exceptionality. Read about it, talk to others, ask questions, and take time to process all the information. Don’t let it overwhelm you. There are many others, just like you, going through the journey of parenting a twice-exceptional child.

It doesn’t matter if your child has a physical, psychological, or medical disability. If your gifted child has exceptional challenges in addition to the exceptional needs that come with being gifted, your child belongs in the 2e community.

Twice-exceptional children are immensely diverse and each 2e child presents a unique combination of abilities and needs. So, how can we support the needs of twice-exceptional children if they are all so different? As a general rule, we can start by identifying and nurturing their unique strengths and talents so they can start experiencing some success. This will build the confidence and self-esteem they need to start building the skills they haven’t yet mastered.

I’m truly invested in sharing my knowledge and passion with you. I intend to use my mental and creative energy into learning more and more about how to support our 2e Minds and contribute towards solving this puzzle together.

Day Sanchez is a bilingual school psychologist, education specialist, and social and emotional intelligence coach and facilitator dedicated to supporting the optimal cognitive, creative, spiritual, and social-emotional development of gifted, twice-exceptional (2e), and highly intuitive children. She has over a decade of experience working with gifted and neurodiverse children in public, charter, private schools, and nonprofits in New York, California, Florida, and New Jersey. Her approach draws on social and emotional learning, positive psychology, neuroscience, and cognitive behavioral techniques. She has taught yoga and mindfulness meditation to children and also provides specific support to children and young adults experiencing ecological grief and ecological anxiety. Day is on a mission to inspire all children and young visionaries to embody their highest potential, contribute their gifts to the world, and help us accelerate humanity’s evolution.

Want to join the discussion?
Feel free to contribute!

This site uses Akismet to reduce spam. Learn how your comment data is processed.